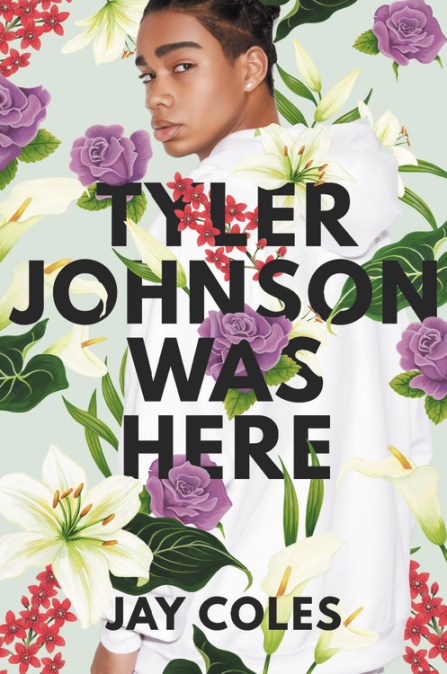 When Marvin Johnson’s twin, Tyler, goes to a party, Marvin decides to tag along to keep an eye on his brother. But what starts as harmless fun turns into a shooting, followed by a police raid. The next day, Tyler has gone missing, and it’s up to Marvin to find him. But when Tyler is found dead, a video leaked online tells an even more chilling story: Tyler has been shot and killed by a police officer. Terrified as his mother unravels and mourning a brother who is now a hashtag, Marvin must learn what justice and freedom really mean.

‘‘The human heart is like a sponge. There’s a way to squeeze out all the hurt you don’t want. And somewhere in that hurting heart of yours,’’ she says, ‘‘you’ll find some strength to go on.’’

The Hate U Give meets Dear Martin.

This is not a mystery novel. Yes, Marvin’s brother, Tyler Johnson, disappears and, yes, Marvin does make it his mission to find him and bring him home, but this situation is dealt with quicker than I had anticipated and it’s clear, in hindsight, that the author really didn’t mean to focus on the disappearance more than it was necessary to the storyline.

This story focuses on racial issues in the United States. I could go as far as to say that it’s more of a demonstration of the way black people and racially-diverse people in general are treated by police and school teachers—meaning authority figures—as well as the rest of the population in general. Marvin knows the world he is living in, as his mother made sure he never forgot white people rule it, but he still never expected to witness all that he did and for his life to change so tremendously.

Marvin is an honest hero. There is nothing he is keeping from up, the readers, making him reliable, unlike his brother who got involved with the wrong crowd. I was glad for his knowledge and understanding, seeing that clueless and naïve characters do not belong in such a novel. Thank goodness there weren’t any, as there is a difference between introducing a problem and exploring it—this author does the latter. He doesn’t simply say that black people are targeted by the police; he shows us how that happens and under which conditions.

The story is intense—which is both a good thing and a bad thing. It’s a good thing because it makes you feel so many emotions from happiness to anger, but at the same time there is such a huge amount of police brutality and racism the hero is exposed to in a very short amount of time that it makes me question if Marvin’s experience truly is one hundred percent authentic. But it’s also true that I’m not black, nor am living in the USA, so this is really my own judgement.

The other thing is the romance. Was it necessary? The love interest is a lovely girl and I’m happy Marvin got something beautiful out of this terrible experience, but I never felt the butterflies in my stomach the hero supposedly did. I’m going to answer my own question: It was not necessary—an extra element that I, personally, could have done without.

Not bad at all. I hope more stories such as this one become published.