I am so proud of Liselle Sambury. Not just because she wrote a wonderful dark debut novel here, but also because it’s so nice and motivating to see Canadian authors publishing fantastic stories. I’m Romanian-Canadian and one of my dreams if to one day publish a story that is meaningful to me as well. So reading this and taking in Liselle’s words felt particularly important to me.

This is not a commercial book. I think of those as stories that are written to be sold, written because that’s what’s trending and that’s what readers want to read. Though there is more emphasis on diversity in YA and stories with POC do sell more than 10 years ago from my understanding, everything in this book felt like it came from a place that truly believes that this content is worth sharing and has a place in the world.

It’s a big book—close to 500 pages—and it is slower than most fantasy books I read. I won’t deny that there is too much description for my usual liking. However, and this is important, Liselle does take the time to lay down the foundation for our understanding of the world-building, magic system and characters themselves. It quickly became clear to me that the author spent a lot of time thinking of and developing her characters—bringing them to life. They are each peculiar and human in their own way, even the magic-wielding ones. I especially enjoyed Voya’s interactions with her cousin Keis, whose magical ability is to read thoughts, and Luc (the love interest) certainly intrigued me.

Voya will only earn her powers if she completes a task given to her by one of her ancestors. The problem is that there is more at stake than just her power ascension, and she is not used to making decisions on her own. She must learn to trust herself better and embrace the path that her instincts direct her towards. It’s hard not to feel for Voya, since she is vulnerable and insecure but also caring and determined. She does not exist to entertain or please the reader. She really does have a story to tell, and I for one felt honoured to be privy to her storytelling.

Thank you Simon & Schuster for the copy in exchange for a review.

I have to say, I am pleasantly surprised. I did not detest this author’s debut series – Stalking Jack the Ripper – although I am not a big fan of Historical Fiction and overly cheeky, immature and game-playing love interests. This is why I am a little surprised by how much I did not mind the love interest in this one. He is a bad boy, definitely over-confident and quite manipulative. But as bad and wrong as he may be, there is quite a mature side of him that is shown throughout the story, which made me like him more than Stalking Jack the Ripper’s love interest.

I also enjoyed the storyline more, though that comes as no surprise, since I have always been a fan of fantasy, witches and mystery. Those elements combined feel like Heaven to me, even in this hellish world Emilia inhabits. Things are particularly bad when her sister is murdered and she cannot quiet down her need for revenge. Emilia will stop at nothing to find her sister’s murderer and rip his heart out like he/she/it did her sister’s.

I have to say that I see a lot of dark-sounding premises out there in the YA Fantasy world. You know, the princess charged to murder the prince but ends up falling in love with him and such. Although there is some sort of romance in this one, Emilia is quite deadly, that you can believe. Of course, she has her human side, but she is very overcome by grief and other dark emotions that blind her from too many feelings of compassion, understanding and empathy towards others, especially since there are various suspects on her list of heart-rippers.

One weakness that this book possesses is its development and overall presentation of the world-building. I understand the connection and hard history between witches and devils, but the rest of the creatures featured, such as werewolves, vampires and other hellish things, were a little harder to wrap my head around. Were werewolves and vampires really necessary? What do they actually bring? Is it worth including them if their history is not going to be unfolded correctly? Perhaps more information about them will be given in the sequel but I would not hold my breath. Otherwise, I had fun following Emilia’s descent into darkness and I’m sure the sequel will prove to be just as thrilling and BAD hehehehe.

To my slight surprise, I enjoyed this. I don’t typically expect to dislike a book, or even hate it, but this title in particular has few readers and few stellar reviews, so I really was not predicting love at first sight or love of any kind. At the same time, I do find myself usually excited about giving under-the-radar stories a try and I am a fan of witches and magic in general, so perhaps I should have had higher hopes for a positive reading experience.

In this world, there are various witches but these witches live among non-witches. This specific society half tolerates them and half wants to see them gone. So while Greta’s coven wouldn’t necessarily get executed if their witchy status was found, Greta and her friends still prefer to keep things on the low. Now more than ever, since an anti-witch president was elected and the girls fear for their lives. Their fear is tragically validated when one of their own is found dead.

The truth is that it’s not particularly well-executed. The writing is amateurish, the characters very immature (with the exception of Ridley I would say) and the world-building vague and not convincing. This means that I understand people who are turned off by this book. It’s okay—maybe even good—to have a specific criteria and look for reads that match that criteria as best as possible. I have criteria as well for ‘‘keep’’ books, those that I know I’ll want to forever preserve on my bookshelves. This is not one of them, but it is an ‘‘escape’’ book regardless. It has energy and the characters’ silliness and cartoonish personalities were entertaining. This may not be one of those stories I’ll be interested in revisiting in a few years, but it has served its brief purpose and I have no regrets.

Thanks Hachette Book Group Canada for the copy in exchange for a review. 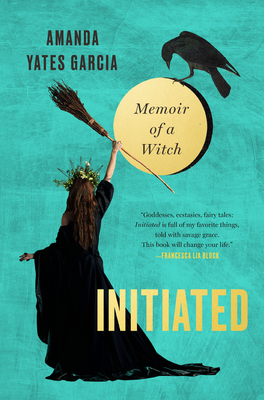 Initiated: Memoir of a Witch by Amanda Yates García

I don’t know why I thought this would be a *fun* read. I guess because I find witches, witchcraft and powers usually fun, especially when I stumble across them in my fantasy reads or the fantasy movies/TV shows I watch.

So I started this memoir expecting to be highly entertained and, I admit, I didn’t take it all that seriously. Of course, a part of me believes in the unexplainable, so while I had my prejudices about witches and magic, I was still open to be educated by the author. END_OF_DOCUMENT_TOKEN_TO_BE_REPLACED 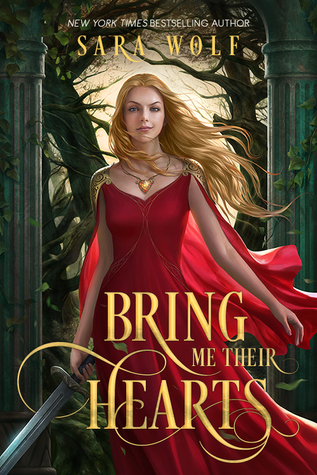 Bring Me Their Hearts by Sara Wolf

This is a pretty easy story to read, but maybe too easy. I finished the first hundred pages in no time, and yet when I pondered what I had actually read, I realized that there wasn’t much substance in those hundred pages. It’s a lot of the main character talking about things and constantly being her sarcastic self. I don’t mind sarcasm at all, if it’s in a witty conversation, but when someone is talking to themselves – thinking – and they’re being sarcastic all the time, I’m just like, ”Who are you performing for and why? Those are supposed to be your intimate thoughts that we just so happen to have access to and yet you’re thinking like you know someone is there to read your mind.” END_OF_DOCUMENT_TOKEN_TO_BE_REPLACED

Serpent & Dove is one of those fantastic fantasy books that completely deserve being devoured, as slowly or as fast as you wish. It will increase your interest with each new chapter, so much that its 500 pages will have felt like 300 by the end. Shelby Mahurin doesn’t reinvent witches, but she does do something interesting with the concept and the use of magic. The forbidden love part sure was exciting, too, and I dare say I’m counting down the days until the release of book 2. END_OF_DOCUMENT_TOKEN_TO_BE_REPLACED

Kellen is moments away from facing his first mage’s duel and the start of four trials that will make him a spellcaster. There’s just one problem: his magic is gone. As his sixteenth birthday approaches, Kellen falls back on his cunning in a bid to avoid total disgrace. But when a daring stranger arrives in town, she challenges Kellen to take a different path. Ferius Parfax is one of the mysterious Argosi – a traveller who lives by her wits and the three decks of cards she carries. She’s difficult and unpredictable, but she may be Kellen’s only hope… END_OF_DOCUMENT_TOKEN_TO_BE_REPLACED

Mila Flores and her best friend Riley have always been inseparable. There’s not much excitement in their small town of Cross Creek, so Mila and Riley make their own fun, devoting most of their time to Riley’s favorite activity: amateur witchcraft. So when Riley and two Fairmont Academy mean girls die under suspicious circumstances, Mila refuses to believe everyone’s explanation that her BFF was involved in a suicide pact. Instead, armed with a tube of lip gloss and an ancient grimoire, Mila does the unthinkable to uncover the truth: she brings the girls back to life. Unfortunately, Riley, June, and Dayton have no recollection of their murders, but they do have unfinished business to attend to. Now, with only seven days until the spell wears off and the girls return to their graves, Mila must wrangle the distracted group of undead teens and work fast to discover their murderer…before the killer strikes again. END_OF_DOCUMENT_TOKEN_TO_BE_REPLACED 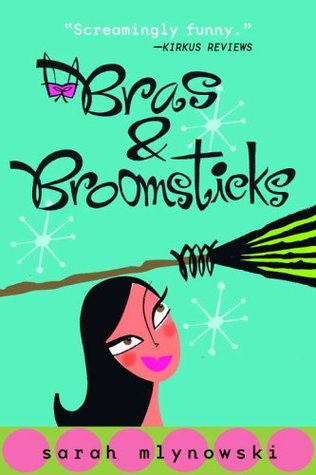 What if all your wishes could come true? Blink your eyes, drink a fizzing pink potion, and poof! Life is perfect. That’s Rachel’s situation. Except she’s not the one who suddenly has magical powers. Her younger sister is. And as Rachel would tell you, spellbooks are wasted on the young. Yes, yes, of course world peace and cures for horrible diseases are important. But so is dancing without looking like she’s being electrocuted, winning back her best friend, stopping her dad’s wedding, and finding a date for Spring Fling. Rachel’s not bewitched. Yet. . . . END_OF_DOCUMENT_TOKEN_TO_BE_REPLACED

The Wicked Deep by Shea Ernshaw

Hocus Pocus and Practical Magic meets the Salem Witch trials in this haunting story about three sisters on a quest for revenge—and how love may be the only thing powerful enough to stop them. END_OF_DOCUMENT_TOKEN_TO_BE_REPLACED