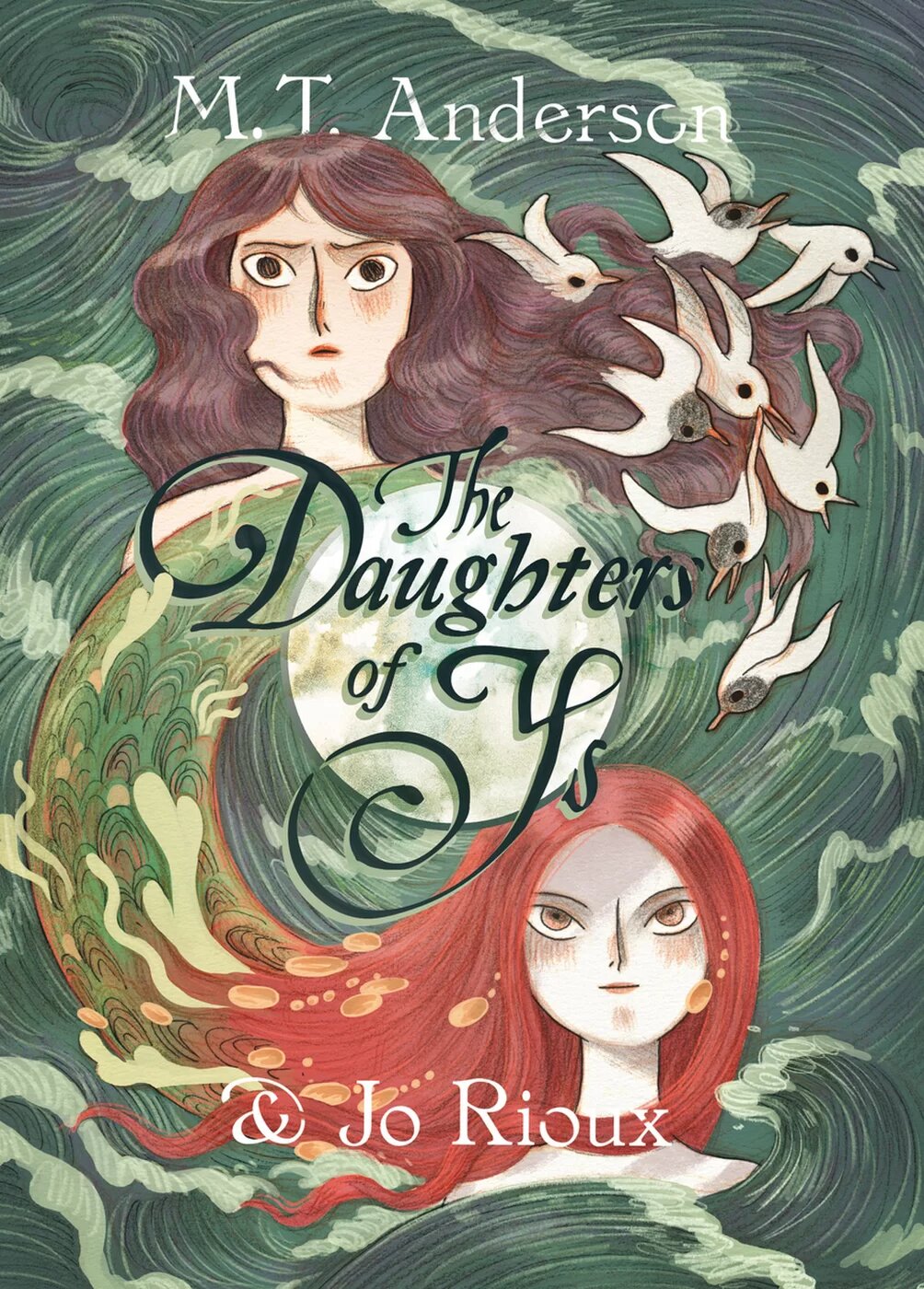 This was a much darker tale than I anticipated, both in atmosphere and content. It is not a story I recommend if you are looking for something to uplift your spirits but it is one I dare push you towards if you want to read something different, something that will shock you and maybe even repulse you while simultaneously intriguing you. END_OF_DOCUMENT_TOKEN_TO_BE_REPLACED

This is a whole different beast from most fairytale retellings I read. Different even from the author’s previously released magnificent tale—Uprooted. Uprooted, from what I recall, was thoroughly enchanting and exquisitely written. Spinning Silver is not quite like that. It is not a love story first and foremost—it is a story of survival. It is very feminist with three central female protagonists who experience, learn and grow. The writing is in no way purple-y. The author’s main concern is not to wow us with long beautiful descriptions of what are ultimately meaningless things and she doesn’t embellish what is meant to be raw and impactful. END_OF_DOCUMENT_TOKEN_TO_BE_REPLACED

The Princess and the Fangirl by Ashley Poston

This is a contemporary, fandom-centered retelling of The Prince and the Pauper and it is almost as adorable as a puppy sniffing old books. It’s also exactly what I needed—the equivalent of comfort food—since I’m supposed to be in Romania right now but there was a problem with my ticket so I have to wait longer to see my grandparents. I felt really discouraged when I heard the news, but luckily I had a few books I was excited to read that helped improve my mood. END_OF_DOCUMENT_TOKEN_TO_BE_REPLACED

The Dark Descent of Elizabeth Frankenstein by Kiersten White

I am so glad I finally got around to reading this book, after months of deliberation (and a bit of procrastination), because Kiersten White develops her ideas in interesting ways. Granted, this is a retelling, so credit must be given to Mary Wollstonecraft Shelley as well, as the author of the original Frankenstein tale, which White would approve of based on her note at the end. But inspiration aside, this retelling stands out in a pool of other books of its kind. END_OF_DOCUMENT_TOKEN_TO_BE_REPLACED

It’s not a story that will make you dream a thousand beautiful dreams of happily-ever-afters. I’m not saying the contrary applies—that it will give you a thousand nightmares in which you die a thousand different deaths—but it is indeed DARK. END_OF_DOCUMENT_TOKEN_TO_BE_REPLACED 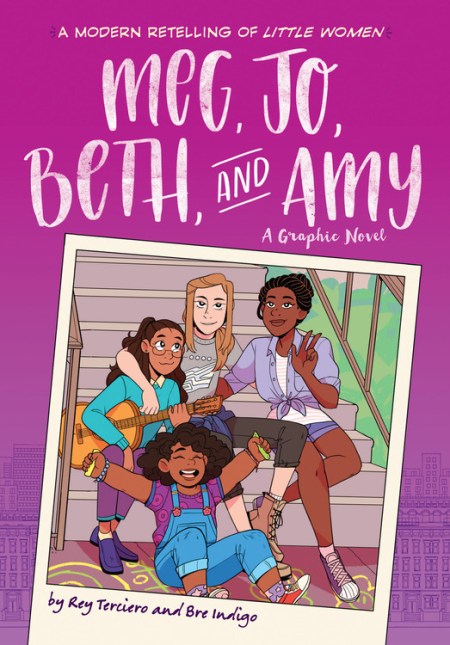 This is one of those books that would make a lovely present for a friend, especially someone who is having a hard time because it can give them comfort and remind them of the importance of reaching out to friends and family. END_OF_DOCUMENT_TOKEN_TO_BE_REPLACED

In the house of Helios, god of the sun and mightiest of the Titans, a daughter is born. But Circe is a strange child—not powerful, like her father, nor viciously alluring like her mother. Turning to the world of mortals for companionship, she discovers that she does possess power—the power of witchcraft, which can transform rivals into monsters and menace the gods themselves. Threatened, Zeus banishes her to a deserted island, where she hones her occult craft, tames wild beasts and crosses paths with many of the most famous figures in all of mythology, including the Minotaur, Daedalus and his doomed son Icarus, the murderous Medea, and, of course, wily Odysseus. But there is danger, too, for a woman who stands alone, and Circe unwittingly draws the wrath of both men and gods, ultimately finding herself pitted against one of the most terrifying and vengeful of the Olympians. To protect what she loves most, Circe must summon all her strength and choose, once and for all, whether she belongs with the gods she is born from, or the mortals she has come to love. END_OF_DOCUMENT_TOKEN_TO_BE_REPLACED

Forest of a Thousand Lanterns by Julie C. Dao

Eighteen-year-old Xifeng is beautiful. The stars say she is destined for greatness, that she is meant to be Empress of Feng Lu. But only if she embraces the darkness within her. Growing up as a peasant in a forgotten village on the edge of the map, Xifeng longs to fulfill the destiny promised to her by her cruel aunt, the witch Guma, who has read the cards and seen glimmers of Xifeng’s majestic future. But is the price of the throne too high? Because in order to achieve greatness, she must spurn the young man who loves her and exploit the callous magic that runs through her veins–sorcery fueled by eating the hearts of the recently killed. For the god who has sent her on this journey will not be satisfied until his power is absolute. END_OF_DOCUMENT_TOKEN_TO_BE_REPLACED

Seventeen-year-old Stella Ainsley wants just one thing: to go somewhere – anywhere – else. Her home is a floundering spaceship that offers few prospects, having been orbiting an ice-encased Earth for two hundred years. When a private ship hires her as a governess, Stella jumps at the chance. The captain of the Rochester, nineteen-year-old Hugo Fairfax, is notorious throughout the fleet for being a moody recluse and a drunk. But with Stella he’s kind. But the Rochester harbors secrets: Stella is certain someone is trying to kill Hugo, and the more she discovers, the more questions she has about his role in a conspiracy threatening the fleet. END_OF_DOCUMENT_TOKEN_TO_BE_REPLACED

To Kill a Kingdom by Alexandra Christo

Princess Lira is siren royalty and the most lethal of them all. With the hearts of seventeen princes in her collection, she is revered across the sea. Until a twist of fate forces her to kill one of her own. To punish her daughter, the Sea Queen transforms Lira into the one thing they loathe most—a human. Robbed of her song, Lira has until the winter solstice to deliver Prince Elian’s heart to the Sea Queen or remain a human forever. The ocean is the only place Prince Elian calls home, even though he is heir to the most powerful kingdom in the world. Hunting sirens is more than an unsavory hobby—it’s his calling. When he rescues a drowning woman in the ocean, she’s more than what she appears. She promises to help him find the key to destroying all of sirenkind for good—But can he trust her? And just how many deals will Elian have to barter to eliminate mankind’s greatest enemy? END_OF_DOCUMENT_TOKEN_TO_BE_REPLACED