It is quite rare I read a story that features 1) a whole lot of food discussions that made me very hungry and 2) a soft and sensitive male main protagonist that was so loveable that he made me question why there aren’t more characters like him in the Young Adult Romance book world.

This author does romance pretty well, because she understands that it’s not realistic to make her lovey-dovey characters spend all of their energy either thinking about each other or being with each other. Both Penelope (Pen) and Xander have stuff going on in their lives: Pen is trying to make it on her own in the adult world, without the financial support of her family, and Xander is trying to find his father who left him when he was a kid without having his grandfather know about it.

But of course, the closer these sweethearts get, the more involved they are in each other’s lives, and the more they help each other with their respective goals and support one another. Props to the author for managing to make Penelope both soft and hard, lost and determined, loving and guarded. And props for normalizing having the girl make the first move, asking the guy out and encouraging him to get closer to her. It was quite empowering to read those scenes.

Where this story fell short for me was when it came to Pen’s father. He was far more one-dimensional than three-dimensional. Even though I kept hearing from so many characters that he’s an incredible man, with a big heart, and all, what I cared about was how he treated Pen and his treatment of her did not seem quite fair, so my feelings are rather mixed when it comes to him. The other thing is the neighbourhood’s ‘‘villain,’’ who just took advantage of a lot of people in the neighbourhood and was after Pen’s family’s restaurant itself. Here once again there is a one-dimensional character. It’s okay in the sense that not all villains need to be understood by the reader, but it did add a significant cliché aspect to the story.

Overall, though, it is a story with main characters worth getting to know and a lovely, evocative writing.

Thank you Hachette Book Group Canada for the book in exchange for a review. 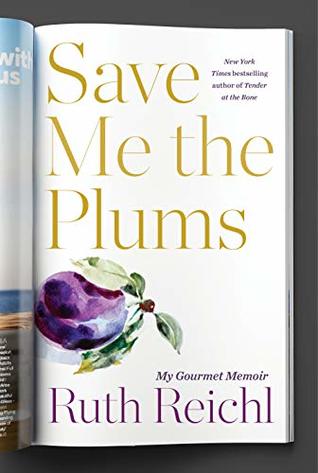 I have wanted to read Ruth Reichl for YEARS and I was going to start with another of her memoirs – Garlic and Sapphires: The Secret Life of a Critic in Disguise – because it sounded JUICY and very secret indeed. But then this one came out and I was offered a chance to review it so I jumped on the opportunity. END_OF_DOCUMENT_TOKEN_TO_BE_REPLACED 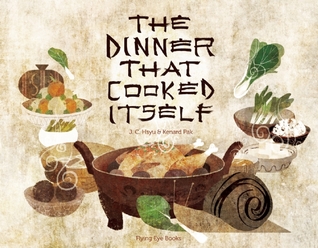 The Dinner That Cooked Itself by J.C. Hsyu

Long, long ago, in a small town in ancient China, there lived an honest and respectful man called Tuan. Tuan was lonely and looked hard for a wife, but even the matchmaker couldn’t help him. One night, however, Tuan’s luck changed. And so begins the story of Tuan, White Wave, and the Dinner that Cooked Itself. This beautiful and enchanting Chinese fairytale will captivate the imagination with the perfect blend of magic and realism! END_OF_DOCUMENT_TOKEN_TO_BE_REPLACED

Close to Famous by Joan Bauer

When twelve-year-old Foster and her mother land in the tiny town of Culpepper, they don’t know what to expect. But folks quickly warm to the woman with the great voice and the girl who can bake like nobody’s business. Soon Foster – who dreams of having her own cooking show one day – lands herself a gig baking for the local coffee shop, and gets herself some much-needed help in overcoming her biggest challenge – learning to read . . . just as Foster and Mama start to feel at ease, their past catches up to them. Thanks to the folks in Culpepper, though Foster and her mama find the strength to put their troubles behind them for good. END_OF_DOCUMENT_TOKEN_TO_BE_REPLACED

A middle grade debut about family, friendship, and finding your voice by author Jennifer Torres. Plus, tacos!

Estefania “Stef” Soto is itching to shake off the onion-and-cilantro embrace of Tia Perla, her family’s taco truck. She wants nothing more than for her dad to get a normal job and for Tia Perla to be put out to pasture. It’s no fun being known as
the “Taco Queen” at school. But just when it looks like Stef is going to get exactly what she wants, and her family’s livelihood is threatened, she will have to become the truck’s unlikely champion.

In this fun and heartwarming middle grade novel, Stef will discover what matters the most, and ultimately embrace an identity that even includes old Tia Perla. END_OF_DOCUMENT_TOKEN_TO_BE_REPLACED

The Truth About Twinkie Pie by Kat Yeh

There’s something about asking for Impossible Things. For one little second, they feel Possible.

Take two sisters making it on their own: brainy twelve-year-old GiGi and junior-high-dropout-turned-hairstylist DiDi. Add a million dollars in prize money from a national cooking contest and a move from the trailer parks of South Carolina to the North Shore of Long Island. Mix in a fancy new school, new friends and enemies, a first crush, and a generous sprinkling of family secrets.

That’s the recipe for The Truth About Twinkie Pie, a voice-driven middle-grade debut about the true meaning of family and friendship. END_OF_DOCUMENT_TOKEN_TO_BE_REPLACED

Is there a better feeling in the world than waking up to chocolate and good books? I received so many sweets from my loved ones that I think I should lock some up, otherwise I’ll eat them all and gain 50 kilos!