The Light at the Bottom of the World by London Shah

This is a really cool science fiction world. Leyla and every other human being live under water, the world having been engulfed by the sea a long time ago. Her futuristic world includes cars that work under water and lots of interesting gadgets that made me want to take an actual leap into the future. Not that I wish to one day live among sea creatures, but you know. It could be an experience. END_OF_DOCUMENT_TOKEN_TO_BE_REPLACED

Hey, fellow bookworms! I’m back with a new video after 11 months of … video silence, and I’m excited to show you the books that I can’t wait to get to this summer! Let me know which ones you wanna read, too! END_OF_DOCUMENT_TOKEN_TO_BE_REPLACED 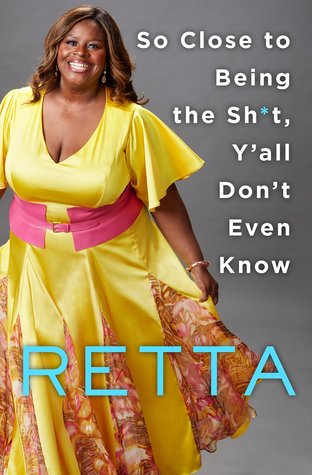 So Close to Being the Sh*t, Y’all Don’t Even Know by Retta

In So Close to Being the Sh*t, Y’all Don’t Even Know, Parks and Recreation star Retta takes us on her not-so-meteoric rise from roaches to riches (well, rich enough that she can buy $15,000 designer handbags yet scared enough to know she’s always a heartbeat away from ramen with American cheese). Throwing her hard-working Liberian parents for a loop, Retta abandons her plan to attend med school after graduating Duke University to move to Hollywood to star in her own sitcom―like her comedy heroes Lucille Ball and Roseanne. Say what? Word. Turns out Retta might actually be on to something. After winning Comedy Central’s stand-up competition, she should be ready for prime time―but a fear of success derails her biggest dream. END_OF_DOCUMENT_TOKEN_TO_BE_REPLACED

Eve isn’t looking for secrets—she’s too busy looking over her shoulder. The robot gladiator she’s just spent six months building has been reduced to a smoking wreck, and the only thing keeping her Grandpa from the grave was the fistful of credits she just lost to the bookies. To top it off, she’s discovered she can destroy electronics with the power of her mind, and the puritanical Brotherhood are building a coffin her size. If she’s ever had a worse day, Eve can’t remember it. But when Eve discovers the ruins of an android boy named Ezekiel in the scrap pile she calls home, her entire world comes crashing down. With her best friend Lemon Fresh and her robotic conscience, Cricket, in tow, she and Ezekiel will trek across deserts of irradiated glass, infiltrate towering megacities and scour the graveyard of humanity’s greatest folly to save the ones Eve loves, and learn the dark secrets of her past. END_OF_DOCUMENT_TOKEN_TO_BE_REPLACED

Get a 10$ off your first order from Book Outlet : http://bit.ly/2JeAxhV