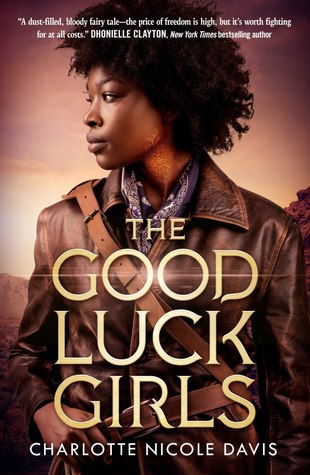 This story will intrigue many people and there’s a reason for that. It’s a mash-up of different genres and themes: historical fiction, dystopia, western, adventure, action, sisterhood, romance, fantasy. You’d think the result would be a mess or a really complex plotline that one cannot make heads and tails of but actually the author manages to explain everything well and ease us into the world-building without dumping every information on us in the first chapter. END_OF_DOCUMENT_TOKEN_TO_BE_REPLACED 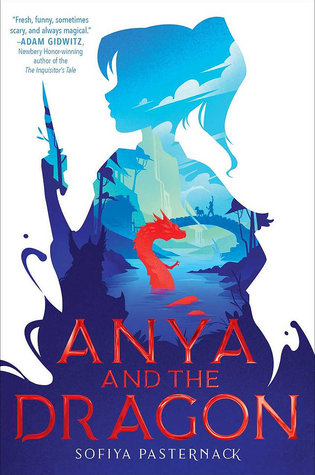 Anya and the Dragon by Sofiya Pasternack

It should not be legal for a book that promises to be so exciting to end up being so… dull. I choose my Middle Grade reads wisely, because so few actually appeal to an older audience, even though I believe they should be for everyone, not just for children. Yet clearly I made a mistake this time by letting myself be wooed by the beautiful cover and the promise of an intriguing and entertaining plot. END_OF_DOCUMENT_TOKEN_TO_BE_REPLACED

This is a DNF for me. I instantly knew after reading the first page that it would be a DNF. Sometimes you just know. It’s like when you meet someone knew. The first conversation you have with that person can determine whether you can connect on a deeper level or not. Of course, it’s good to give the other person a more meaningful chance than one simple conversation, so I pushed through that boring first page. But like most relationships, if the beginning isn’t beautiful, the rest of it usually isn’t. It CAN get better, but that’s extremely rare and involves growth. END_OF_DOCUMENT_TOKEN_TO_BE_REPLACED

Two years after escaping Gotham City’s slums, Selina Kyle returns as the mysterious and wealthy Holly Vanderhees. She quickly discovers that with Batman off on a vital mission, Batwing is left to hold back the tide of notorious criminals. Gotham City is ripe for the taking. Meanwhile, Luke Fox wants to prove he has what it takes to help people in his role as Batwing. He targets a new thief on the prowl who seems cleverer than most. She has teamed up with Poison Ivy and Harley Quinn, and together they are wreaking havoc. This Catwoman may be Batwing’s undoing. END_OF_DOCUMENT_TOKEN_TO_BE_REPLACED

In the house of Helios, god of the sun and mightiest of the Titans, a daughter is born. But Circe is a strange child—not powerful, like her father, nor viciously alluring like her mother. Turning to the world of mortals for companionship, she discovers that she does possess power—the power of witchcraft, which can transform rivals into monsters and menace the gods themselves. Threatened, Zeus banishes her to a deserted island, where she hones her occult craft, tames wild beasts and crosses paths with many of the most famous figures in all of mythology, including the Minotaur, Daedalus and his doomed son Icarus, the murderous Medea, and, of course, wily Odysseus. But there is danger, too, for a woman who stands alone, and Circe unwittingly draws the wrath of both men and gods, ultimately finding herself pitted against one of the most terrifying and vengeful of the Olympians. To protect what she loves most, Circe must summon all her strength and choose, once and for all, whether she belongs with the gods she is born from, or the mortals she has come to love. END_OF_DOCUMENT_TOKEN_TO_BE_REPLACED

After her family is killed by corrupt warlord Aric Athair and his bloodthirsty army of Bullets, Caledonia Styx is left to chart her own course on the dangerous and deadly seas. She captains her ship, the Mors Navis, with a crew of girls and women just like her, whose lives have been turned upside down by Aric and his men. The crew has one misson: stay alive, and take down Aric’s armed and armored fleet. But when Caledonia’s best friend and second-in-command just barely survives an attack thanks to help from a Bullet looking to defect, Caledonia finds herself questioning whether or not to let him join their crew. Is this boy the key to taking down Aric Athair once and for all…or will he threaten everything the women of the Mors Navis have worked for? END_OF_DOCUMENT_TOKEN_TO_BE_REPLACED

The people of Uztar have long looked to the sky with hope and wonder. Nothing in their world is more revered than the birds of prey and no one more honored than the falconers who call them to their fists. Brysen strives to be a great falconer–while his twin sister, Kylee, rejects her ancient gifts for the sport and wishes to be free of falconry. She’s nearly made it out, too, but a war is rolling toward their home in the Six Villages, and no bird or falconer will be safe. Together the twins must journey into the treacherous mountains to trap the Ghost Eagle, the greatest of the Uztari birds and a solitary killer. Brysen goes for the boy he loves and the glory he’s long craved, and Kylee to atone for her past and to protect her brother’s future. But both are hunted by those who seek one thing: power. END_OF_DOCUMENT_TOKEN_TO_BE_REPLACED