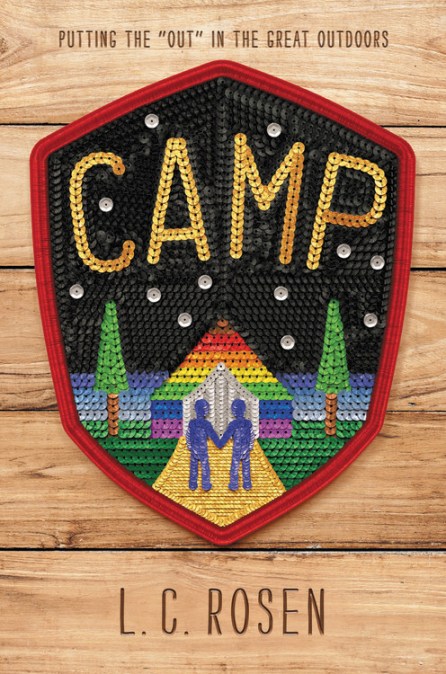 I am jealous. I want to go to this queer camp so badly. I did go to day camp when I was 9, which feels like a lifetime ago, but it was nothing – nothing – like Camp Outland. You know, I do really hope that camps like this one exist, because they seem to provide a much needed safe haven for teens and adolescence is not an easy period. Just knowing that there’s a beautiful environment with incredibly open people waiting for you during summer can be what gets you through your school year.

Randy is a pretty colourful guy, in personality and physical appearance. He loves putting on nail polish and just being his awesome self all the time. But this summer, Randy becomes Del, a super masculine guy with lots of muscles and hobbies that now include sports, instead of theatre. He’s doing all of this for a guy he’s had a crush on for a long time. Will it work? Will he get the guy? You’ll have to read to find out. Hehe.

I liked it. I know the whole becoming-someone-else-to-please-your-crush is cringe-worthy, and really there were times when I felt like rolling my eyes at Randy—I mean Del. But even if Del forced himself to change for Hudson, their connection is still pretty lovely to see. And it’s a realistic story, all in all, because let’s face it, we’ve all wanted to do this same thing for someone we’ve had our eyes on at some point. It’s not something I approve of but your teen years are the best years to be crazy and silly and learn.