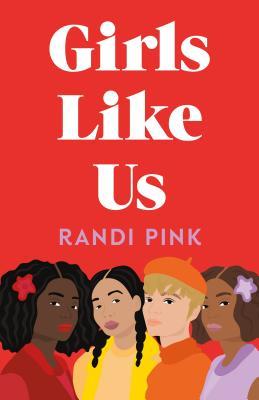 This is the emotional tale of four girls who must each deal with unplanned pregnancies. It’s also a scary story, because it takes place during the summer of 1972, before abortion was decriminalized. It’s also scary because abortion is still such a controversial topic in the United States and it is not, still today, legal everywhere. Pro-choice and Pro-life debates are still very present and the author wrote this book to show how history manages to repeat itself, like the circle of life.

I felt connected to these four teenagers. Neither of them knows what to do with the news that they are having a baby, and in the case of Izella, with the news that her sister is pregnant. Ola, Missippi and Sue did not plan their pregnancies and they do not know what to do now. In the case of Missippi and Sue, the decision is taken for them—they are sent to a house where girls give birth to babies. In the case of Ola, whose boyfriend is not ready to become a father, her sister Izella is doing everything she can to help her out.

It’s an accessible story, despite the heavy themes. The writing is clear, as is the message the author is trying to convey. Unplanned pregnancies often happen because of a lack of protection during intercourse, but it’s not always about forgetting to use protection. Some girls are pressured into having sex without a condom. Some girls are forced, period. There is not one single situation that leads to an unplanned pregnancy, which is why I think it was important to the author to tell the story of four girls instead of just one.

I really enjoyed reading it because of how invested I was in the lives of these girls and because it made me realize that an unplanned pregnancy can happen to almost anyone so I couldn’t help but take it very seriously.