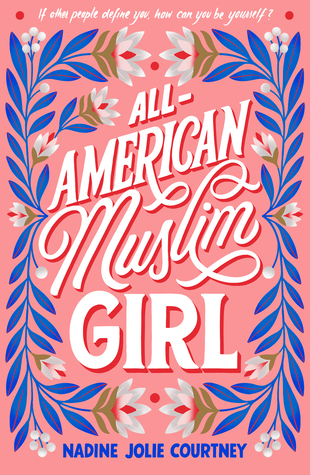 This book starts with a bang.

It’s a book that is impossible to ignore. Once you start it, that’s it. It has you. You won’t be able to put it down, and honestly, you won’t want to. It is a real page-turner and one of the most engaging YA stories about religion and race that I have ever read in my entire life. I don’t know what people are waiting for. It should get at least a thousand requests on NetGalley and ten times as many pre-orders.

Aside from being important, impactful and interesting, it’s also very original. The plotline focuses on Allie Abraham’s growing connection to her religious and cultural heritage which is not always clear to her. But she is trying her best to figure out who she is and what Islam means to her. It’s very much a character-driven story. At the same time, there is conflict: Allie’s boyfriend’s father is a Muslim hater, and Allie isn’t sure how to negotiate the tension that comes with having a boyfriend who seems to accept her but who wants to please his anti-Muslim father.

Allie becomes strong. She is strong in the beginning as well but for different reasons. Becoming more familiar with Islam and the Islamophobia in her city strengthens her as a young American Muslim girl and opens her eyes on the way people see her and the way she sees herself. Embracing her religious and cultural heritage is not easy for her, but in life it’s the challenges that make us grow as a human being, not the shortcuts or the pleasant roads. Allie understands this well.