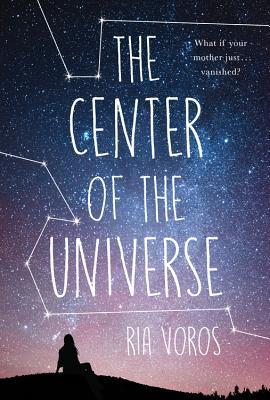 The Center of the Universe by Ria Voros

Grace Carter’s mother — the celebrity news anchor GG Carter — is everything Grace is not. GG is a star, with a flawless wardrobe and a following of thousands, while Grace — an aspiring astrophysicist — is into stars of another kind. She and her mother have always been in different orbits. Then one day GG is just … gone. Cameras descend on their house, news shows speculate about what might have happened and Grace’s family struggles to find a new rhythm as they wait for answers. While the authorities unravel the mystery behind GG’s disappearance, Grace grows closer to her high school’s golden boy, Mylo, who has faced a black hole of his own. She also uncovers some secrets from her mother’s long-lost past. The more Grace learns, the more she wonders. Did she ever really know her mother? Was GG abducted … or did she leave? And if she left, why?

Doesn’t it feel amazing to read a 500-page book that reads more like a 300-page one? Also, this is what I do at university when I have lots of upcoming exams: I finish big books in less than three days. Yay, me! Nay, my grades!

But really, it was a pleasure opening this one and meeting the heroine, Grace Carter, as well as her dysfunctional family. This is a family drama through and through as well as a mystery. Grace Carter’s mother disappears and Grace’s family—herself included—is trying to do everything to find her. Did she leave willingly? Or was she kidnapped?

Nothing is as it seems. So the main focus of this book is the disappearance and the investigation that follows, but Grace does not neglect her best friend Iris, who is dealing with something on her own, and new friend Mylo, whose father vanished a while ago.

I loved the ways in which the other incorporated scientific facts into the storyline, Grace being an aspiring astrophysicist. I’ve never liked sciences, because I find it hard to connect to hard facts—it either exists or it doesn’t, it’s either like this or it isn’t—that leave little to personal interpretation, but I quite enjoyed Grace’s facts. I had no idea some planets could have two or more suns, that’s crazy!

The writing flowed, as did the story. I didn’t feel like anything was missing, though of course I wish more was said about Mylo’s situation but perhaps he deserves his own book? I think he does *angel halo*. Really excited for each and every one of you to read it because it’s quite an experience and will make you feel all the emotions!