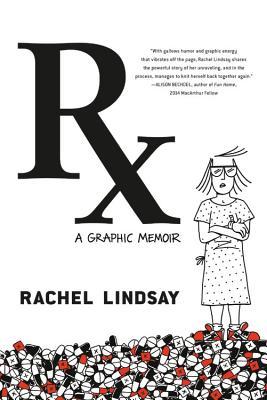 In her early twenties in New York City, diagnosed with bipolar disorder, Rachel Lindsay takes a job in advertising in order to secure healthcare coverage for her treatment. But work takes a strange turn when she is promoted onto the Pfizer account and suddenly finds herself on the other side of the curtain, developing ads for an antidepressant drug. She is the audience of the work she’s been pouring over and it highlights just how unhappy and trapped she feels, stuck in an endless cycle of treatment, insurance and medication. Overwhelmed by the stress of her professional life and the self-scrutiny it inspires, she begins to destabilize and while in the midst of a crushing job search, her mania takes hold. Her altered mindset yields a simple solution: to quit her job and pursue life as an artist, an identity she had abandoned in exchange for medical treatment. When her parents intervene, she finds herself hospitalized against her will, and stripped of the control she felt she had finally reclaimed. Over the course of her two weeks in the ward, she struggles in the midst of doctors, nurses, patients and endless rules to find a path out of the hospital and this cycle of treatment. One where she can live the life she wants, finding freedom and autonomy, without sacrificing her dreams in order to stay well.

After reading a memoir—whether in prose or graphic novel format—, it’s hard not to start caring about the author, and usually very much, especially if you enjoyed their thoughts and empathize with them.

This is definitely one of those books. Because I care for Rachel Lindsay, I’m saddened by the fact that this work has been out for ten days already, and yet it doesn’t even have 30 ratings. That’s a real tragedy because this is worth it, oh so worth it.

Rachel Lindsay is mentally ill. She is bipolar. Ironically, she is an advertiser and works on promoting pharmaceutical products to people suffering from depression. In the beginning, she likes the irony but the more she is surrounded by people who don’t actually understand what it means to be mentally ill and prey on those who are, the more she hates herself, her life, everything and everyone.

The obvious question is: Why don’t you stop, Rachel? Why carry on doing something you hate? Why, indeed? She doesn’t have a choice. But then she thinks maybe she does. It’s a vicious circle at times, and one that isn’t so bad at others. I was taken aback—in a good way—by the raw emotions. I really did feel as though I was in Rachel’s head and, although I can’t claim to understand fully what it means to be bipolar and on drugs, it was easy to follow Rachel’s train of thoughts and send her virtual compassionate hugs.

The artwork isn’t for everyone, but I think most readers will appreciate the atmosphere of the graphic memoir and Rachel herself. She is so three dimensional it almost hurts.