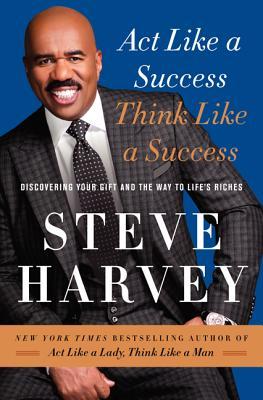 When Steve Harvey was thirtysomething, he was living in his car. It was a sacrifice he was willing to make to give it his best shot at becoming a comedian. After several months of this lifestyle-washing in public bathrooms, eating fast food-he had considered giving up. Before calling his mother to ask if he could stay with her, he checked his voicemail. The Apollo Theatre wanted him to perform! Great opportunity, but Steve did not have enough money for gas to get from Tennessee to New York. He prayed about it, as he was too proud to ask for money. The following day he had a message from a club in Florida. The audience loved him so much they asked Steve back for a second night. The gig provided him enough money to fly to New York. Although he had no place to stay, walking around all night with a bag that held everything that he owned, it did not get him down. END_OF_DOCUMENT_TOKEN_TO_BE_REPLACED