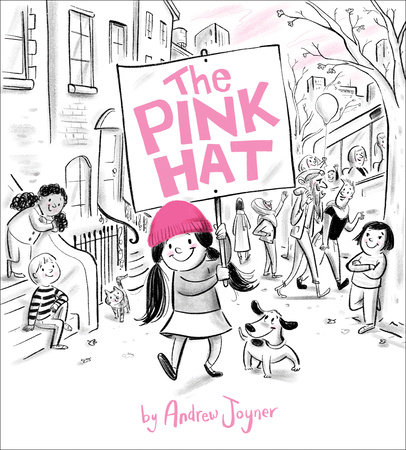 The Pink Hat by Andrew Joyner

Here is a clever story that follows the journey of a pink hat that is swiped out of a knitting basket by a pesky kitten, blown into a tree by a strong wind, and used as a cozy blanket for a new baby, then finally makes its way onto the head of a young girl marching for women’s equality. Inspired by the 5 million people (many of them children) in 82 countries who participated in the 2017 Women’s March, Andrew Joyner has given us a book that celebrates girls and women and equal rights for all!

Well this was just… so delightfully charming.

Normally I am annoyed when there is repetition in my reads. To me, it often comes off as unprofessional, seeing that it’s extremely easy to repeat something and it makes the work look as though not much thought was put into it.

Not everyone can pull it off and make repetition appear necessary to their story. This author, though, manages that perfectly—so perfectly that the ending came too soon. I was never once annoyed that ‘‘that is until…’’ was repeated at least six times in the story.

That is because what came after those words always surprised me and added to the story, actually taking it to a whole new level every time until we got to the last part that introduced an important issue.

It illustrates how ideas are passed down from generation to generation. Not only that, but sometimes ideas are shaped and shared in the most unexpected ways. The pink hat, for instance, started its life as a toe-warmer, before it became so much more. It’s a metaphor.