Unicorn on a Roll by Dana Simpson

One year has passed since Phoebe skipped a rock across a pond, accidentally hit a unicorn in the face, and was granted a single wish—which she used to make the unicorn, Marigold Heavenly Nostrils, her obligational best friend. In some ways, not much has changed. At school Phoebe still clashes with her rival–and sometimes “frenemy”–the ever-taunting and imperious Dakota. Outside of school, she still fills her free time with extra-credit homework assignments, dramatic monologues about the injustices associated with school cliques, and imaginative conspiracy theories regarding global forces like the “powerful construction paper lobby.” But unlike before, Phoebe now has a best friend to share it with—someone to make her laugh and to listen to all her extravagant ideas.

Even more charming and adorable than the first volume.

The Holidays are approaching and Phoebe is especially excited but anxious about what to get Marigold. Their adventures continue! There still is no plot per se, it’s still a slice-of-life graphic novel, but we learn more about the characters in this one.

We learn… Marigold has a crush named Lord Splendid Humility. Even if we don’t “see” him, seeing that he is too humble to show himself, he has become one of my favourite characters. I mean, where else but in this series do you see such delightfully hilarious creativity?

I also liked the development of Phoebe and Dakota’s relationship. They haven’t become friends, but they’re enemies no more, which is fortunate because Dakota was a cliché from the start. Perhaps we will understand her better in the following books.

I still want a unicorn, by the way, in case someone has seen one somewhere…. 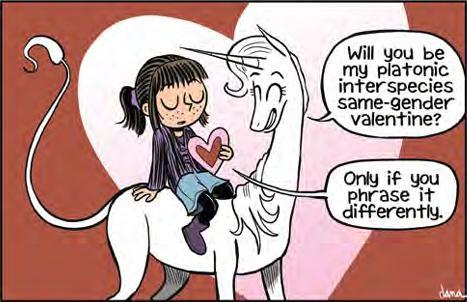 3 thoughts on “Unicorn on a Roll – Dana Simpson”