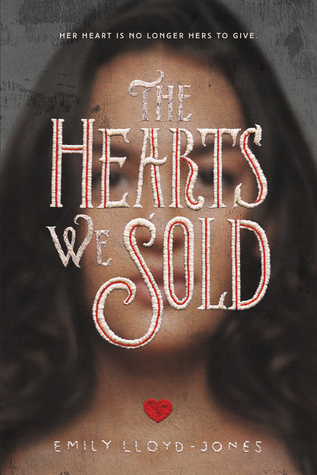 The Hearts We Sold by Emily Lloyd-Jones

When Dee Moreno makes a deal with a demon—her heart in exchange for an escape from a disastrous home life—she finds the trade may have been more than she bargained for. And becoming “heartless” is only the beginning. What lies ahead is a nightmare far bigger, far more monstrous than anything she could have ever imagined.

In Emily Lloyd-Jones’ created world, daemons make deals with humans. The latter sell their limbs in exchange for something.

Dee sells her heart to a daemon and requests money in return. Pretty typical, if you ask me. However, the money is for an honourable cause: education.

Indeed, her parents are alcoholics with whom you cannot have a calm conversation. They’d rather Dee stays home than go to school.

But Dee can get her heart back if she serves the Daemon. She and a bunch of other teenagers locate and stop malefic creatures from pervading the human world.

The Mortal Instruments, anyone?

See I liked the story. It’s fast-paced and action-filled. That’s a winner combination for me. Dee is sweet and determined and her love interest James a mysterious artist.

But the characters are actually two-dimensional. Not exactly one-dimensional, because they do have a personality, but definitely not three-dimensional, as I observed them without truly connecting.

Yes, yes. Certain characters die and the only word—well, sound—I could muster was, ‘‘Huh.’’ Well, well, one less character to develop.

The writing is great. It’s a style I like. A combination between clever and elegant, not too smug and not too pretentious. Just the right style with the right tone.

Had the protagonists been fighting something other than daemons, I might have enjoyed this more—it could have even become a series? But since they didn’t, and I was constantly reminded of TMI, I couldn’t find it as original as it tried to be.

Though it’s an entertaining, engaging standalone paranormal read with a strong contemporary vibe that I would recommend to people who have not read The Mortal Instruments or would not mind something resembling it in a way.