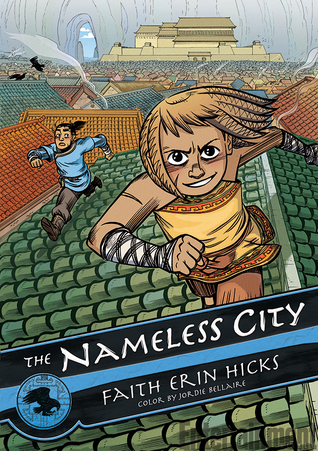 The City has many names… and no name.

Built on an ancient mountain pass, the City is forever being invaded by one nation or another, and every new master gives it a new name. But for the natives, their home is the Nameless City, and those who try to name it are forever outsiders.

Dreamy, sheltered Kaidu is one such outsider. He’s a Dao born and bred–a son of the latest nation to occupy the Nameless City. Cynical, street-smart Rat is a native, and at first she hates Kai for everything he stands for. But Kai’s love of his new home may be the one thing that can unite these two unlikely friends. And they will need to stand together at all costs…

…because the fate of the Nameless City rests in their hands.

What a beautifully-illustrated, friendship-centered story about Kaidu who came to the Nameless City to become a Dao and meets fearless and courageous Rat who helps him feel like he belongs in the city.

There are some politics involved, because the Nameless City has often been conquered in the past—no one has kept control of it for more than thirty years—and Kaidu’s father has a plan to keep that from happening again.

The city itself is one of the most interesting elements of this story. The tension between the population and the Dao is unfortunate, because tension leads to explosions of anger which lead to aggressive behaviour. 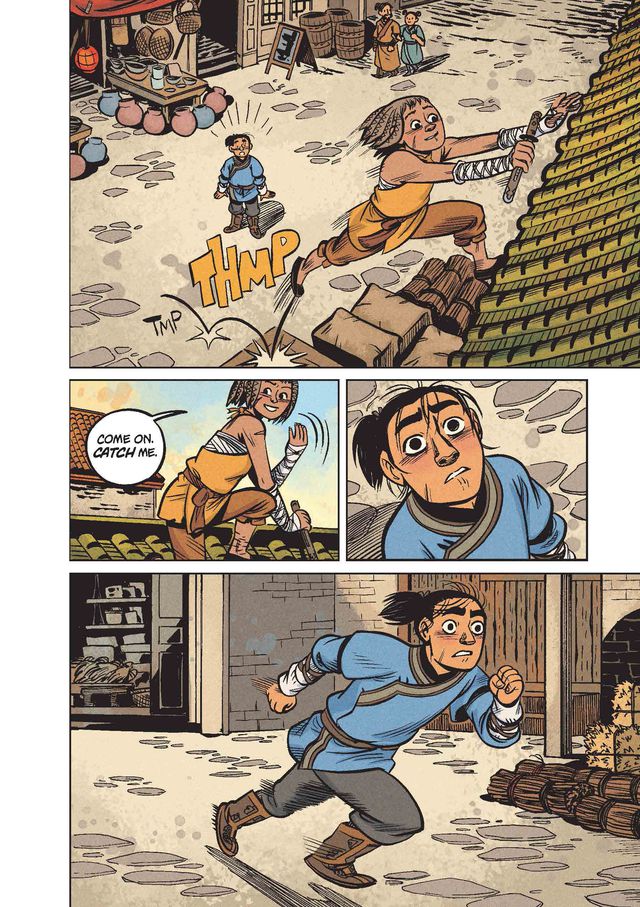 It’s clear the author spent much time imagining the city and illustrating it for us, since it’s very well presented to us. I’m now fully familiar with it, and that’s a great way to feel. It makes me want to know even more about its history and care about its future.

Kaidu and Rat are such a fantastic duo. Kaidu is simply charming. I couldn’t help but fall in love with him at the speed of light. He has a kind spirit. And his unexpressed love for Rat is so adorable.

Rat is blunt and often defensive. Unlike Kaidu, she doesn’t have parents and lives with  monks—but mostly, she hangs out alone in the streets. Kaidu and Rat need each other.

The ending was too-good-to-be-true. I did appreciate the lack of magic or fantastical elements, as it makes the story more realistic, but the ending did not feel realistic. It felt forced instead. But that really is all I can find to complain about. Already started the sequel and I’m hooked once again!

One thought on “The Nameless City – Faith Erin Hicks”