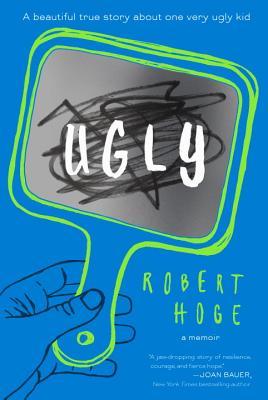 This poignant memoir aboutovercoming bullying andthriving with disabilitiesshows that what makes us ugly also makes us who we are. It features a reflective foil cover and black-and-white illustrations throughout.

When Robert Hoge was born, his mother didn’t want him. She thought he looked too ugly, that he was, in appearance, a monstrous baby.

Fortunately, her love of children made it impossible for her to abandon him in the end, though we also have his four siblings to thank for it.

This is an insightful nonfiction book about the life of Robert Hoge, who was born ugly and grew up ugly. Throughout his childhood period, he undergoes different surgeries, comes across many obstacles and is faced with various decisions to make.

If only this had been a Young Adult novel, instead of a Middle Grade one, I think there would have been more questions raised and tackled. It remains deep, but because it was written for a young audience, some parts feel contrived, more specifically the emotional parts, especially in the writing.

But Robert Hoge is an inspiring fellow who never cessed to believe he could do things he was warned he couldn’t. He wanted to play a competitive sport, so he does. One would think he’d have trouble making friends, well he does. His parents are constantly worrying over him when they shouldn’t, because he’s a strong kid.

It’s interesting, relatively moving and even a little humorous. I just hoped for more, for his story not to end at 14, that is. For more about his adult life and how his life now compares to the one he had when he was younger. How things changed or how they stayed the same, etc. Worth a read, however.