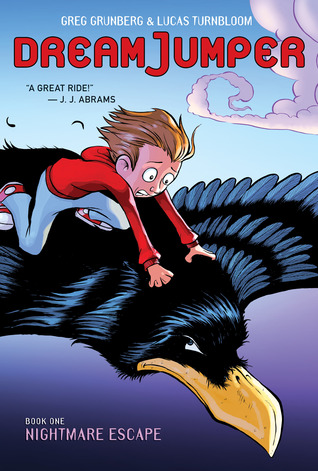 Ben has a problem. When he sleeps he dreams, and when he dreams, they’re all nightmares! But he can also jump into other people’s dreams. So when his friends start falling victim to an evil dream-monster that prevents them from waking, Ben knows he has to help them. Easier said than done when dreams can shift and the monster knows his way around the ever-changing landscape of the mind! With help from a talking rabbit-companion who has a mysterious past, Ben might just be able to defeat the monster and save his friends . . . if he can figure out how to use the power within him against his enemies. END_OF_DOCUMENT_TOKEN_TO_BE_REPLACED 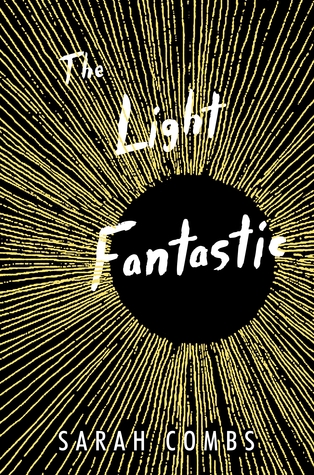 The Light Fantastic by Sarah Combs

Delaware, the morning of April 19. Senior Skip Day, and April Donovan’s eighteenth birthday. Four days after the Boston Marathon bombing, the country is still reeling, and April’s rare memory condition has her recounting all the tragedies that have cursed her birth month. And just what was that mysterious gathering under the bleachers about? Meanwhile, in Nebraska, Lincoln Evans struggles to pay attention in Honors English, distracted by the enigmatic presence of Laura Echols, capturer of his heart. His teacher tries to hold her class’s interest, but she can’t keep her mind off what Adrian George told her earlier. Over in Idaho, Phoebe is having second thoughts about the Plan mere hours before the start of a cross-country ploy led by an Internet savant known as the Mastermind. Is all her heartache worth the cost of the Assassins’ machinations? The Light Fantastic is a tense, shocking, and beautifully wrought exploration of the pain and pathos of a generation of teenagers on the brink—and the hope of moving from shame and isolation into the light of redemption. END_OF_DOCUMENT_TOKEN_TO_BE_REPLACED 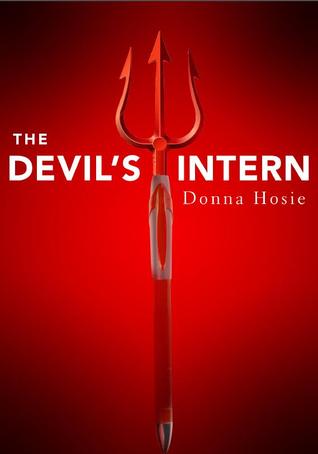 The Devil’s Intern by Donna Hosie

It’s the most popular question in Hell, and Mitchell Johnson has been answering it ever since he was hit by a bus at age seventeen and inexplicably ended up in the Underworld. Now Mitchell is The Devil’s intern in Hell’s accounting office. Lately, he’s noticed a disturbing trend: the volume of new arrivals is straining Hell’s limited resources. Then Mitchell overhears his boss discussing plans to limit newcomers with a legendary time travel mechanism. With a device like that, Mitchell realizes, he could change history and prevent his own death.

Mitchell’s plot goes awry when his three closest friends—Alfarin, the Viking prince; Elinor, from 17th-century London; and Melissa, from 1960s San Francisco—insert themselves into his plans. It soon becomes clear that the fates of all four are entwined in dangerous and unpredictable ways. With unforgettable characters and a thrilling premise, this original novel is by turns funny, poignant, and thought-provoking. END_OF_DOCUMENT_TOKEN_TO_BE_REPLACED 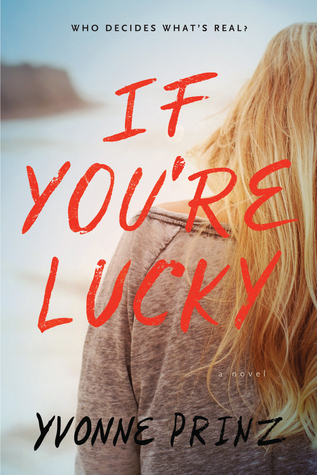 To uncover the truth about Lucky’s death, Georgia secretly stops taking the medication that keeps away the voices in her head. But as her suspicion grows, her mental state becomes more and more precarious. Is Georgia’s mind playing tricks on her, or is the entire town walking into the arms of a killer who has everyone but her fooled? END_OF_DOCUMENT_TOKEN_TO_BE_REPLACED 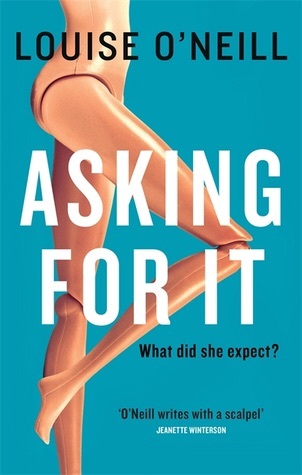 Asking For It by Louise O’Neill

It’s the beginning of the summer in a small town in Ireland. Emma O’Donovan is eighteen years old, beautiful, happy, confident. One night, there’s a party. Everyone is there. All eyes are on Emma.

The next morning, she wakes on the front porch of her house. She can’t remember what happened, she doesn’t know how she got there. She doesn’t know why she’s in pain. But everyone else does.

Photographs taken at the party show, in explicit detail, what happened to Emma that night. But sometimes people don’t want to believe what is right in front of them, especially when the truth concerns the town’s heroes… END_OF_DOCUMENT_TOKEN_TO_BE_REPLACED 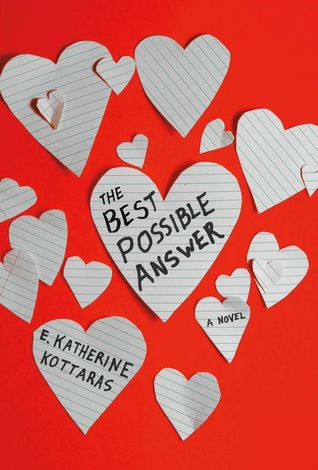 Ultra-high-achiever Viviana Rabinovich-Lowe has always had a plan—and no room to be anything less than perfect. But her quest for perfection comes toa screeching halt when her boyfriend leaks racy pictures of her to the entire school. Making matters worse, her parents are getting divorced and now her perfect family is falling apart. For the first time, Viv feels like a complete and utter failure.

Then she gets a job working at the community pool, where she meets a new group of friends who know nothing about her past. That includes Evan, a gorgeous guy who makes her want to do something she never thought she’d do again: trust. For the first time in her life, Viv realizes she can finally be whoever she wants. But who is that? While she tries to figure it out, she learns something they never covered in her AP courses: that it’s okay to be less than perfect, because it’s our imperfections that make us who we are. END_OF_DOCUMENT_TOKEN_TO_BE_REPLACED 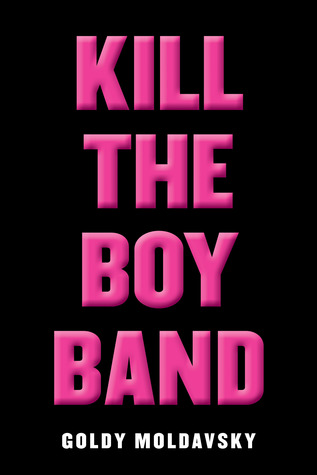 Just know from the start that it wasn’t supposed to go like this. All we wanted was to get near them. That’s why we got a room in the hotel where they were staying.

We were not planning to kidnap one of them. Especially not the most useless one. But we had him—his room key, his cell phone, and his secrets.

We were not planning on what happened next.

From thrilling new talent Goldy Moldavsky comes a pitch-black, hilarious take on fandom and the badass girls who have the power to make—or break—the people we call “celebrities.” END_OF_DOCUMENT_TOKEN_TO_BE_REPLACED 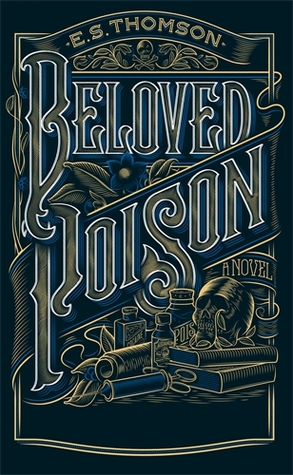 Ramshackle and crumbling, trapped in the past and resisting the future, St Saviour’s Infirmary awaits demolition. Within its stinking wards and cramped corridors the doctors bicker and fight. Ambition, jealousy and hatred seethe beneath the veneer of professional courtesy. Always an outsider, and with a secret of her own to hide, apothecary Jem Flockhart observes everything, but says nothing.

And then six tiny coffins are uncovered, inside each a handful of dried flowers and a bundle of mouldering rags. When Jem comes across these strange relics hidden inside the infirmary’s old chapel, her quest to understand their meaning prises open a long-forgotten past – with fatal consequences.

In a trail that leads from the bloody world of the operating theatre and the dissecting table to the notorious squalor of Newgate and the gallows, Jem’s adversary proves to be both powerful and ruthless. As St Saviour’s destruction draws near, the dead are unearthed from their graves whilst the living are forced to make impossible choices. And murder is the price to be paid for the secrets to be kept. END_OF_DOCUMENT_TOKEN_TO_BE_REPLACED 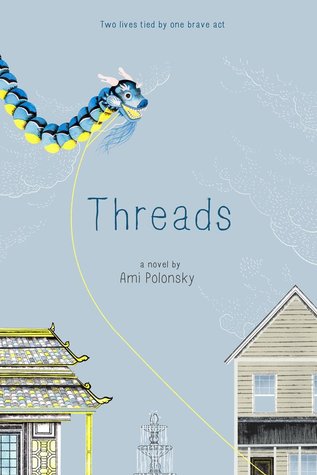 To Whom It May Concern: Please, we need help!

The day twelve-year-old Clara finds a desperate note in a purse in Bellman’s department store, she is still reeling from the death of her adopted sister, Lola.

By that day, thirteen-year-old Yuming has lost hope that the note she stashed in the purse will ever be found. She may be stuck sewing in the pale pink factory outside of Beijing forever.

Clara grows more and more convinced that she was meant to find Yuming’s note. Lola would have wanted her to do something about it. But how can Clara talk her parents, who are also in mourning, into going on a trip to China?

Finally the time comes when Yuming weighs the options, measures the risk, and attempts a daring escape. END_OF_DOCUMENT_TOKEN_TO_BE_REPLACED 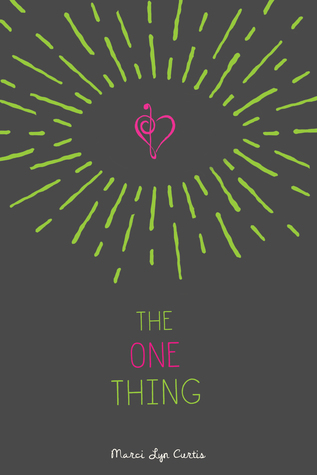 Then Maggie’s whole world is turned upside down. Somehow, incredibly, she can see again. But only one person: Ben, a precocious ten-year-old unlike anyone she’s ever met.Ben’s life isn’t easy, but he doesn’t see limits, only possibilities. After awhile, Maggie starts to realize that losing her sight doesn’t have to mean losing everything she dreamed of. Even if what she’s currently dreaming of is Mason Milton, the infuriatingly attractive lead singer of Maggie’s new favorite band, who just happens to be Ben’s brother. END_OF_DOCUMENT_TOKEN_TO_BE_REPLACED