There aren’t that many books featuring dragons in the world, though to be honest I haven’t had that much luck with the ones that do exist. Talon by Julie Kagawa was an utter disaster to my eyes… but Uprooted was very, very good. Anyway, hopefully this one will not disappoint!

This week, my WoW pick is The Dragon’s Price (Transference #1) by Bethany Wiggins. 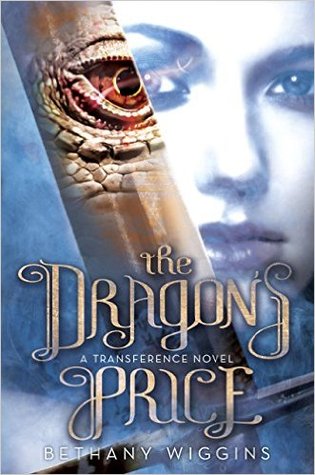 BLURB:
When two warring kingdoms unified against a deadly menace laying waste to both their lands, they had to make a choice: vow to marry their heirs to one another, or forfeit their lives to the dragon.

Centuries later, everyone expects the sheltered princess Sorrowlynn to choose the barbarian prince over the fire-breathing beast—everyone, that is, except Sorrow, who is determined to control her own destiny or die trying.

As she is lowered into the dragon’s chamber, she assumes her life is over until Golmarr, the young prince she just spurned, follows her with the hopes of being her hero and slaying the dragon. But the dragon has a different plan. . . .

If the dragon wins, it will be freed from the spell that has bound it to the cave for centuries. If Sorrow or Golmarr vanquish the dragon, the victor will gain its treasure and escape the cave beneath the mountain. But what exactly is the dragon hiding?

There are no safe havens for Sorrow or Golmarr—not even with each other—and the stakes couldn’t be higher as they risk everything to protect their kingdom.

I hope it’s going to be fantastic!

What are YOU waiting on?