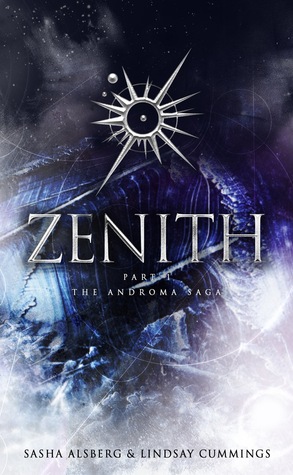 Most know her as the Bloody Baroness, the captain of a fearsome glass starship called The Marauder. Androma and her crew strike terror in the hearts of those who cross them amongst the many corners of the Mirabel Galaxy.

When a routine mission goes rogue, the all-female crew is captured by a bounty hunter from Andi’s past and forced into a job that could, quite literally, start a war that will devour worlds.

For someone who is known as the ‘‘Bloodly Baroness,’’ and ‘‘one of the most notorious criminals in all of Mirabel,’’ Androma is disappointingly only barely more dangerous than a cute little puppy.

It’s all telling and no showing.

Are we supposed to just believe that she relishes in killing others—when she clearly shows signs of constant regret over what she has done in the past? One can even go as far as saying that she is emotionally unstable, or almost.

Regardless, that is not the worst part.

We get none of that. But most regretfully, the plot is so recycled I can’t believe it still holds.

Let me ask you something. You, who is a fan (I assume) of science fiction/space opera stories, how often have you witnessed a spaceship chase—or the reunion of two enemies who detest one another to the point of seeing red?

Or even what seems like a monumental misunderstanding? I don’t believe for even a nanosecond that Androma killed her, so I assume, best friend on purpose. Is she even dead? Whenever we are given detail on her past, it’s not only brief, fleeting, but also extremely unclear. More questions usually arise from those moments, and that is simply not the way background on characters is done.

The writing is far from bad. In fact, I strongly think that this could have been a hit, had it not shown countless eye-roll-worthy situations.

Moreover, it has charm—the characters, although not always believable, are interesting enough and, with more (this time clear and detailed) background on them, they can become truly likeable.

Though I am a tinsy bit underwhelmed by the result (since I have been waiting on this publication with much anticipation), I still look considerably forward to the next chapter in Androma’s so-called cut-throat life!