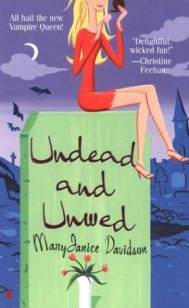 I’ve actually read seven books in this series but couldn’t finish the eight book. I really, really liked the first books, but it was obvious to me that the following ones had no more substance to them and it’s like the author wrote whatever silly stories came to her mind.

Same thing happened with this series: I loved the first book, really liked the second one, thought the third one was good and the rest I just lost interest in. I actually stopped after the fourth one. I rather just read  The Vampire Academy instead. 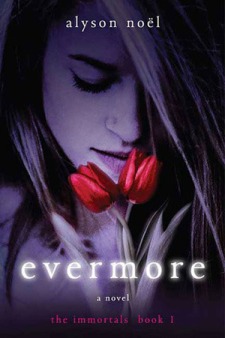 I loved this series so much when I was way younger, as in five or six years ago. It was one of the first ten paranormal series that I had ever read, and the ‘true love’ theme won me over. But now that I’m older, I’m sadly more immune to it. Stopped in the 1/3 of the fourth book.

HAHA. Okay, so you may have noticed but I was REALLY into vampires when I was younger and it wasn’t even because of Twilight. My addiction probably began with The Vampire Diaries. Anyway, this is another series I loved with all my heart in the beginning. I thought the romance was really messed up because it’s The Mortal Instruments-ish and maybe that’s why I stopped in the middle of the fourth book.

I never planned on stopping to read this series. I loved it so much I reread the first four books in the series twice (the ones combined two-by-two), but the problem is that the rest are written by someone else and it just SHOWED. It so wasn’t the same thing anymore and I felt that so badly I struggled to finish the fifth book. In fact, I struggled so bad I made myself read 10 pages per day because I wanted to still finish it, but just because I couldn’t bring myself to DNF a TVD book. Oh man, not a beautiful memory.

I pray thee, tell me the series YOU couldn’t finish! 😀

28 thoughts on “Series I Will Never Finish”