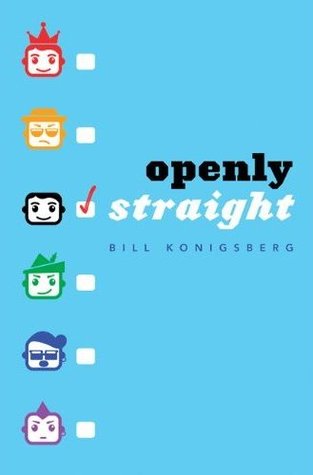 The award-winning novel about being out, being proud, and being ready for something else . . . now in paperback.

Rafe is a normal teenager from Boulder, Colorado. He plays soccer. He’s won skiing prizes. He likes to write.

And, oh yeah, he’s gay. He’s been out since 8th grade, and he isn’t teased, and he goes to other high schools and talks about tolerance and stuff. And while that’s important, all Rafe really wants is to just be a regular guy. Not that GAY guy. To have it be a part of who he is, but not the headline, every single time.

So when he transfers to an all-boys’ boarding school in New England, he decides to keep his sexuality a secret — not so much going back in the closet as starting over with a clean slate. But then he sees a classmate break down. He meets a teacher who challenges him to write his story. And most of all, he falls in love with Ben . . . who doesn’t even know that love is possible.

This witty, smart, coming-out-again story will appeal to gay and straight kids alike as they watch Rafe navigate feeling different, fitting in, and what it means to be himself.

Openly Straight is the story of Rafe, a teenager who is terribly tired of being labelled as the ‘‘gay guy’’ in his city, Boulder. Ergo, he decides to go to an all-boy boarding school and hide this part of himself. Not lie about it, just never mention it.

Except, he does lie. He invents himself a girlfriend, so he can avoid further inquisition from his jock group of friends on the matter of the heart. Rafe is pretty keen on not letting the truth about his sexual orientation slip out, especially now that he’s made an extraordinary new masculine friend and has gotten closer to him than to anyone he’s ever met.

Watching Rafe struggle and oppressing all his feelings for Ben seriously made my heart ache. I understood his reasons behind the act of not telling the truth, but it’s universally known that the truth always comes out, one way or the other, and I dreaded that moment. It is always only a matter of time.

Even though Rafe seems fully okay with his sexual orientation for the most part of the story, the more it advances and we dig deep into his personality, the more we realize that he needs help accepting the whole ‘‘label’’ thing and not focusing all of his thoughts on that. At the end of the day, what other people see matters less than what we do.

I wouldn’t exactly recommend this for those looking for a transcendent LGBT romance story, because the whole lying thing does have a negative effect on the atmosphere. But it’s a wonderful novel about acceptance and friendship.