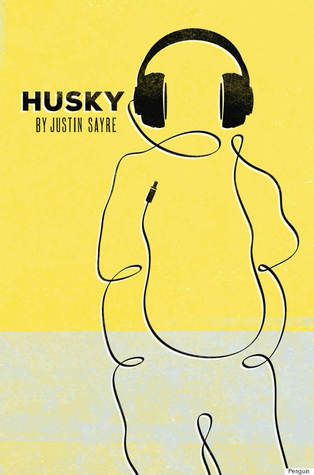 A unique and original voice, Husky is an expertly narrated story of change, told by a boy whose emotions are as big as the operas he adores and whose capacity for love and friendship is as warm and delicious as freshly baked bread.

Davis lives with his mother and grandmother in a brownstone in Brooklyn. He’s a regular kid who loves watching people at the park, visiting his mom in the bakery she owns, listening to the biggest operas he can find, and spending time with his friends. The only problem is he’s going into high school, where everyone gets one adjective that defines them—and his adjective is “husky,” which we all know is a polite way of saying “fat.” To make matters worse, this summer everything seems to be changing in Davis’s life and it’s not only his clothes that don’t seem to fit anymore. His best girlfriends are starting to hang out with the wretched new girl, Chloe who is too cool for anything and seems to be pulling his friends away from him. His mom has started dating Paolo, who works at the bakery and whose efforts at friendship Davis finds simply annoying. Though Davis usually copes with his problems by listening to his favorite operas, not even the biggest arias seem to drown out the sadness, anger, and frustration he’s facing in his own life. The near operatic drama of “ohhhhhs” and “ahhhhhs” reaches a gut-wrenching climax and Davis is forced to learn some of life’s most important lessons from his grandmother and the world around him about love, acceptance, and change. END_OF_DOCUMENT_TOKEN_TO_BE_REPLACED