Hi, everyone! I managed to interview one of the coolest authors ever known – Eliza Crewe – regarding her series Soul Eaters. I hope you all enjoy this post and get to know Meda, the eater of souls, and everything behind Cracked, a little better!

Well, technically, she eats their soul. But she totally promises to only go for people who deserve it. She’s special. It’s not her fault she enjoys it. She can’t help being a bad guy. Besides, what else can she do? Her mother was killed and it’s not like there are any other “soul-eaters” around to show her how to be different. That is, until the three men in suits show up.

They can do what she can do. They’re like her. Meda might finally have a chance to figure out what she is. The problem? They kind of want to kill her. Before they get the chance Meda is rescued by crusaders, members of an elite group dedicated to wiping out Meda’s kind. This is her chance! Play along with the “good guys” and she’ll finally figure out what, exactly, her ‘kind’ is.

Be careful what you wish for. Playing capture the flag with her mortal enemies, babysitting a teenage boy with a hero complex, and trying to keep one step ahead of a too-clever girl are bad enough. But the Hunger is gaining on her.

The more she learns, the worse it gets. And when Meda uncovers a shocking secret about her mother, her past, and her destiny… she may finally give into it. 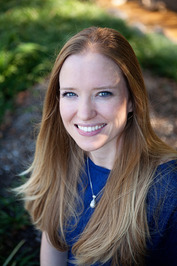 Eliza Crewe always thought she’d be a lawyer, and even went so far as to complete law school. But as they say, you are what you eat, and considering the number of books Eliza has devoured since childhood, it was inevitable she’d end up in the literary world. She abandoned the lawyer-plan to instead become a librarian and now a writer.

While she’s been filling notebooks with random scenes for years, Eliza didn’t seriously commit to writing an entire novel until the spring of 2011, when she and her husband bought a house. With that house came a half-hour commute, during which Eliza decided she needed something to think about other than her road-rage. Is it any surprise she wrote a book about a blood-thirsty, people-eating monster?

Eliza has lived in Illinois, Edinburgh, and Las Vegas, and now lives in North Carolina with her husband, her hens, her angry, talking, stuffed dwarf giraffe, and a sweet, mute, pantomiming bear. She likes to partially-complete craft projects, free-range her hens, and take long walks. Cracked is her first novel.

Please tell us a little about yourself… Do you have a dark side, such as Meda? *wiggles eyebrows*

Ha, no. I’m a wife/working mom/hen-keeper/librarian whose idea of adventure is going to the other Whole Foods.

But, yanno, on the other hand, Meda’s wickedness didn’t write itself…

Speaking of Meda, this is a question I’ve been asking myself for ages now: who or what inspired the creation of her sassy, quick-witted and kick-ass character?

I had just finished revising the manuscript I wrote before Cracked for the umpteenth time, and the heroine in that one is a timid little mouse of a girl with low self-esteem. I really love her, but after months in her head I was ready for something completely different.

Soul Eaters sure has one hell of an anti-heroine that we all tremendously love, but which secondary character is your favorite to write about and why?

Jo. Hand’s down. I mean, I love Chi, but he’s a little…simple. It’s his charm and his curse. It’s like, he decided once what he believes and has never revisited it (that changes a little bit in book three, but for the most part…). Chi has also had it relatively easy. Not only has he endured very little personal tragedy up to this point, but he was also born into the perfect life for his talents and interests.

Jo, on the other hand, is much more complex. She has suffered, and greatly. She tries to simply accept her lot, but the thinking perfectionist in her can’t swallow what she’s been told without questioning it. She also has a bit of a dark side, which (to me, at least) makes her more interesting. I see Meda and Jo each standing just on the opposite sides of the good-bad divide. There is a lot of darkness in Jo just as there is a lot of goodness in Meda.

And, frankly, there’s the simple fact that Jo is, and was always intended to be, the hero.

If you were to unexpectedly meet Meda somewhere, where would that be and what would you say to her?

I wouldn’t say anything. I would run. Did I mention she eats people??

This is your first published work, correct? How do you feel about all the praise you’ve received?

Yes, Cracked is my first published work, though it is actually the second book I’ve written. I admit, I do like the praise :), but, of course, I get plenty of negative reviews to keep my head nice and deflated, lol.

I think the best part about being published is that, as a shy person who likes books, it has made it really easy to connect with people who have similar and similarly-rabid interests in books and reading. Whether someone enjoys my book is like the ultimate test for potential book-buddiness and I’ve gotten to know a lot of other readers because they contacted me first as fans of Meda.

In Cracked, what scene was your favorite to write?

Oh man. That’s tough. There are a bunch. The first scene was like magic. I was just sitting outside on a beautiful spring day at dawn, my cup of coffee in my hands, listening to music, and I just heard her voice out of nowhere. It gave me goose bumps, and I scribbled it down.

Another is when Meda and Uri are waiting in the hotel room for Chi and Jo. It was a very quiet scene compared to most of the book, but there was a lot going on emotionally. I also knew what was going to happen at the end, so it was a poignant scene to write.

Another was the GRAND CONCLUSION (it must be in all caps–that’s how I hear it). My heart raced and those 6k words flowed faster than I could type them. It was another goose-bump scene for me.

Those three scenes come to mind first, but there are tons of smaller scenes that I loved writing. The one where Jo takes half of the necklace from Meda, the scene with Mags in the forest, and the one in the prison where Jo reacts to Uri being taken. I still tear up when I think of that last one.

What do you think would have happened to Meda, if she hadn’t met Jo and the rest of the crusaders?

If Meda hadn’t met Jo, I think she would have become a true monster. When we first meet Meda in Cracked, she has basically been without human connection for a couple years, and she’s already lost most of her humanity. Her thoughts are jumpy, scrambled, and violent, and there’s no empathy or thought given to what she’s doing. Her only connection to her humanity is imaginary conversations with her dead mom–when your imaginary friends are your connection to sanity, it’s a red flag, friend. I think that downward spiral would have continued, until she didn’t see herself as human at all. I think, too, that it couldn’t have been just anyone who could change her, it had to be a Crusader and it had to be Jo.

It had to be a Crusader because Meda doesn’t see herself as the same as humans. She sees herself as apart. Better. That provides her with a justification for why she doesn’t have to play by human rules. The longer she has been alone, the more she starts seeing humans the way humans see chickens. Sure, they think and act and do things; but they also taste delicious. Because Crusaders are also special, it puts them on even footing (sort of) with Meda.

It had to be Jo specifically because Jo’s dark side gave them some common ground. I sort of see it like a political debate. If you put a rabid conservative and a rabid liberal in the same room, they can shout all day and neither one will move an inch. If you put each one in a room with someone in the middle, there is at least the possibility of a discussion. Chi’s (or most Crusaders’) extremism was never going sway Meda. Plus, Jo is smart and Meda respects that.

Do you plan on writing another series after Soul Eaters? Can you share some information with us?

Absolutely! I’m about a third of the way through my new book, which is very different from Cracked. It’s about an extremely socially awkward genius who wants to be accepted into a super-power society that secretly runs the world (Free Mason conspiracy type stuff). To get in, he must pass a series of tests–the final one of which is to befriend the most popular girl in school and convince her to turn over her late father’s invention. There’s banter and inventions and computer hacking and buddy love and a bit of a thiller-esque vibe as he learns the secret society isn’t quite as advertised….I’m loving writing it and I can’t wait for you all to read it.

Thank you so much!

Thanks for having me Lola, and for reading my books!