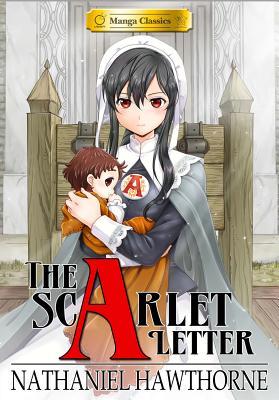 Having not read the original classic, I had no expectations whatsoever regarding the story or any element related to it. I did, however, wish, as I do whenever I start reading a manga, for the graphics to be beautiful and for them to make us clearly understand the actions of the characters.

In this case, those two conditions were fulfilled, so I did enjoy my reading of this novel. Still, perhaps it would have been better for me to read the original classic novel before starting this manga, for I had trouble here and there understanding the characters. I felt like they were barely presented and some of their actions out of their personality or simply unjustified. For example, there was this scene in which Pearl, Hester’s daughter, turned evil-like and seemed to not even recognize her mother, and that only because this latter took her ‘‘A’’ letter off her chest. That was just…weird.

It’s like every character, except for Hester, had this double personality, which I thought was thought-provoking but so poorly explained or given detail on that I mostly got confused when trying to make links and ‘‘get it’’. Period. Other than that, the story felt rushed, very rushed. A fast-pacing is most certainly a good thing when reading a story including action, adventure but, since this aimed a focus on the psychological aspect of characters, I don’t think it was such a great idea. It was like the author started a subject and then BAM, a new scene was inserted. Manga’s fault or not, it should have been slower.

Funny how the romance left me emotionless. I had no idea how him (to not spoil you) fell in love, why they loved each other ‘‘so much’’ as for Hester to keep the name of her lover hidden from everyone and, especially, how she could have concealed her feelings for him from everyone for so long. Basically, I just wasn’t convinced. They did not look unconditionally in love.

Lack of dept characterization-wise, realism in the romance, adequate pacing and detail for the story aside, as a whole this was enjoyable and pretty captivating despite all its flaws. Plus, let’s not forget the beautiful drawings!

I wouldn’t recommend actually buying this book if, like me, you have not read The Scarlet Letter as a novel before, because, in my opinion, the story told in this manga format was incomplete. I felt like so much was missing. Maybe I’m being generous with my rating, but everything that I appreciated, I did so too much to think of this book as ‘‘okay’’ only.