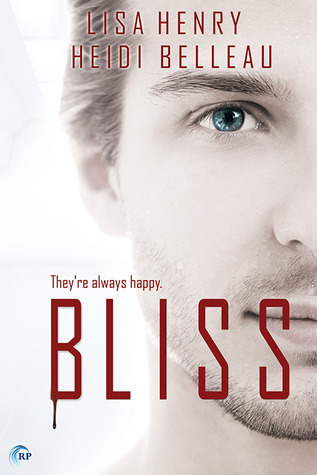 Rory James has worked hard all his life to become a citizen of the idyllic city-state of Beulah. Like every other kid born in the neighboring country of Tophet, he’s heard the stories: No crime or pollution. A house and food for everyone. It’s perfect, and Rory is finally getting a piece of it.

So is Tate Patterson. He’s from Tophet, too, but he’s not a legal immigrant; he snuck in as a thief. A city without crime seems like an easy score, until he crashes into Rory during a getaway and is arrested for assaulting a citizen. Instead of jail, Tate is enrolled in Beulah’s Rehabilitation through Restitution program. By living with and serving his victim for seven years, Tate will learn the human face of his crimes.

If it seems too good to be true, that’s because it is. Tate is fitted with a behavior-modifying chip that leaves him unable to disobey orders—any orders, no matter how dehumanizing. Worse, the chip prevents him from telling Rory, the one man in all of Beulah who might care about him, the truth: in a country without prisons, Tate is locked inside his own mind.

DNFed at 37% because I believe a book that brings you to a state of boredom every time you’re picking it up does not deserve to be entirely read.

I knew it was too good to be true.

Over 150 reviews that I’ve written on Goodreads, there is only one DNFed book that I have reviewed in detail, this one aside. It’s called Poison. I usually don’t review those, but I really had to put every feeling I had about it in a review. I now feel the same way for this Bliss book.

You see, it in fact started very promising with Tate hurting Rory and having to see a lawyer about it. Some guys took him and implanted a chip inside his skin for him to become a ‘normal’ citizen of Beulah (what’s with the name? It sounds as if someone is vomiting) which has a negligible percentage of criminality.

Why? Because that chip those guys implanted in Tate’s skin makes him a slave. He’s obliged to answer to anyone’s wishes and, if he doesn’t cooperate, well the feeling of not obeying actually destroys him from the inside. Creepy.

As I said, it started out very good and interesting. But then the Tate we all met at the beginning became a marionette and it was so weird and uncomfortable to watch him do all of the things people are asking him to.

The sex scene I witness was ABSOLUTELY the most boring and worst and forced one I have read about in a M/M romance so far, which says something since I’ve read more than 30 M/M romances. (My goal is to reach 100 by the end of the year…)

On top of all of that, I hated the narrator. He made the main characters feel as if they were teenagers who didn’t know much about life and people. And, hey, the writing was so ordinary. English may not be my first language, but I really think I could have written this book myself with a dictionary near by.

I lost about 2 hours reading that 37% of the story and I always feel a bit pissed when reading without feeling and loving so I did lose my time and will think twice, next time, before picking another dystopian M/M romance up.

36 thoughts on “Review: Bliss by Lisa Henry and Heidi Belleau”