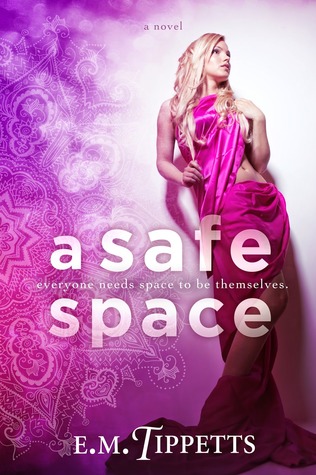 A Safe Space by E.M. Tippetts

She’s nineteen. Her show has been cancelled and now she’s going to play the lead in a new prime time drama series, but is the world ready to take her seriously, or will she be typecast as the cute tween queen forever?

Then there’s Devon, the personal trainer at her gym. Arrogant and abrasive, he’s the last guy she should ever find attractive, but she has a hopeless crush on him anyway, and he doesn’t seem entirely disinterested either. In fact, sometimes he’s downright sweet to her. If only he weren’t an untamable bad boy who uses and dumps women like they’re nothing. Though Lizzie’s friends warn her to stay away, he’s the only person who can create what she needs: a safe space. But is there any way she can break him of his years’ long habit of being a user?

A Safe Space was one very good New Adult contemporary romance story. I had such poor luck with those ones these last few weeks (and years), so I’m more than relieved to have found something worth reading.

Lizzie is an actress and a singer, acting for as long as she can remember, starting out as Veronica in a TV show for kids. Now, the nineteen-year-old that she is has her own TV show.

Although, her life isn’t perfect; she barely afforded to pay her debts, her mom doesn’t care about her and her TV show is going downhill. Plus, she doesn’t have many friends or a boyfriend at all.

Lizzie was a very beautiful main character with whom I could sympathize very easily. She’s a calm, sweet girl that only wants to help people and be a good person. The kind of character you wouldn’t want anything bad to happen to, especially not for her to be heart-broken…

Of course, there are many other characters in the story; her roommate, Kyra, who is very protective toward her and a very good friend, her best friend (yet didn’t feel like one), Zach, a despicable co-star in her TV show, a love interest that she can’t keep fighting hiding her emotions toward it from, and some more…

Devon is the type of man you know you shouldn’t approach. He’s not a bad guy…but he is a grand player. Surprisingly, from the start, I had a good feeling about him and he never annoyed me with his not-very-funny commentaries. Except, as the story approached is 60%, I started being really confused and sick at how everything between him and Lizzie was starting to be quite complicated.

From the blurb, I was expecting more of a celebrity world in the story but Lizzie really felt to me like a very normal person, too normal perhaps. At first there were a lot of scenes in which she acts for her show and those were absolutely captivating. BUT, then it all went down and the drama started so things got serious and the fun I had seeing the filming world kind of faded.

I liked every character, even the annoying Kevin (every book needs a villain, right? *winks*), except for Chloe, Lizzie’s assistant. I didn’t’ like that she did many things on her own without asking Lizzie. She acted as she had many rights and I often was like Lizzie, say something!!

It absolutely felt like a slow-paced story to me, even though I read some reviewers said otherwise. There was something about it (probably the layout of the chapters…or because it’s a good story) that made you want to continue reading though and know what happens next so I didn’t mind it being slow.

The romance was sweet at first but then became very repetitive and I even got to feel like kicking Devon out of the picture. He broke her heart what…3 times? I actually stopped counting because the drama became too heavy and I just wanted a verdict. Are they going to be a couple for real or not? At least I got my answer + a prologue (YES) in the end so I’m happy now. A very beautiful ending I must say.

For the first time, ladies and gentlemen, I recommend you a New Adult book. It was a cute, even though very dramatic, story in which there are many characters I think you should get to know for they will warm your heart.

PS. This is a clean New Adult story that can be read as a standalone.

PPS. The cover too sexy so not really representing very adequately what the story contains, in my opinion, but it sure is very pretty!

12 thoughts on “Review of A Safe Space (Somebody Else’s Fairytale #4) by E.M. Tippetts”